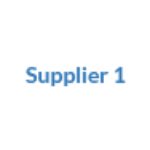 Supplier 1 is a large state-owned hi-tech company under the direct administration of the central government. It is state-owned and has a number of subordinate entities that design, develop and manufacture a range of spacecraft, launch vehicles, strategic and tactical missile systems, and ground equipment. The company also develops a series of products that combine military and civilian technologies in the information industry and equipment manufacturing industry respectively. First established as the 5th Academy of the Ministry of Defense in October 1956, the supplier owns seven academies, two scientific research and development bases, six public listed companies, and over 620 other companies and institutes scattered nationwide, with more than 145,987 employees